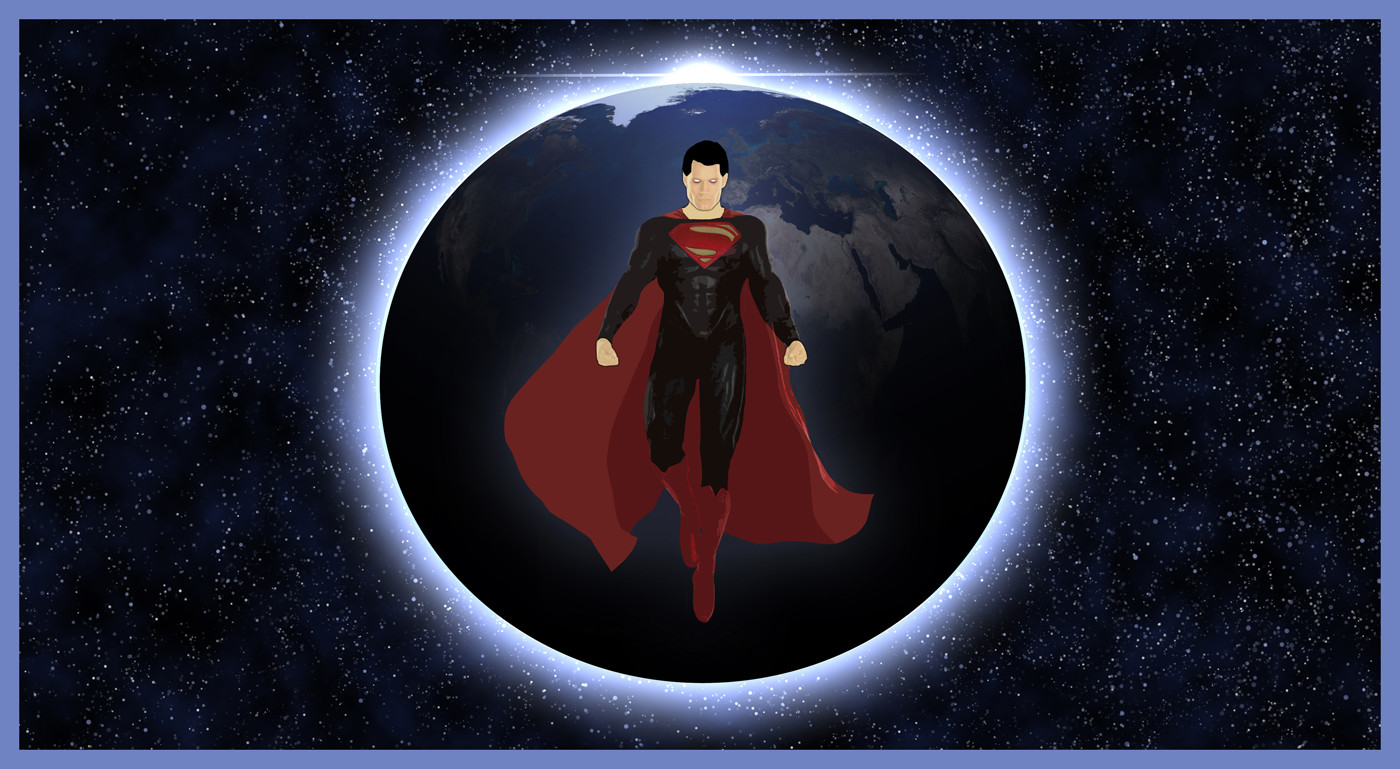 Sequence I: KAL-EL’S BIRTH AND ESCAPE FROM KRYPTON.

1-2 OPENING: LARA LOR-VAN gives birth to a son, KAL-EL. Her husband, JOR-EL, assists in the delivery.

9 – Jor-El chooses Earth as the destination for Kal-El. Lara fears for their baby’s life, but Jor-El convinces her that it’s their son’s, and the people of Krypton’s, only hope.

He’ll be an outcast, a freak. They’ll kill him.

14 – INCITING INCIDENT: As Jor-El battles Zod, Lara initiates the launch and sends Kal-El toward his new home. Jor-El is stabbed and killed by Zod as he watches his son leave the planet.

Sequence II: ZOD IS SENTENCED AND KAL-EL LANDS IN SMALLVILLE ON THE KENT FARM.

Sequence III: CLARK SAVES LIVES WITH HIS SUPER POWERS AND WE SEE HIM AS A CHILD STRUGGLING TO DEAL WITH HIS DEVELOPING ABILITIES.

Sequence IV: YOUNG CLARK SAVES HIS CLASSMATES FROM DEATH BUT IS TOLD BY HIS DAD TO KEEP HIS POWERS SECRET, AT ALL COSTS.

30 – FLASHBACK: END OF ACT ONE (INTERNAL): Outside, Jonathan pleads with Clark to keep his powers secret.

You have to keep this side of yourself a secret.

What was I supposed to do? Just let them die?

31 – FLASHBACK: END OF ACT ONE TURN (EXTERNAL): Jonathan shows Clark the space craft they found him in. Clark is proof to extra-terrestrial life, but Jonathan is fearful of what the world would do if they discover him. Jonathan hands him a black command key with the famous Superman symbol on it.

38 – FIRST TRIAL: Using his heat vision, Clark melts a pathway and discovers an alien spaceship. On board, he inserts the command key, triggering the ship to come alive. A MAN the audience knows as Jor-El appears, beckoning Clark to follow him deeper into the craft.

41 – FIRST CASUALTY: Clark saves Lois from the droid, notices the attack has caused internal hemorrhaging. He calms her and explains he must cauterize the wound. Lois screams as Clark uses his heat vision to prevent further hemorrhaging. (Also, the eventual casualty of his true identity because Lois will find out with her journalistic skills.)

Sequence II: CLARK LEARNS ABOUT KRYPTON FROM JOR-EL AND FLIES FOR THE FIRST TIME.

45 – TRAINING / KNOWLEDGE / DESTINY BEAT: Back on the spaceship, the mystery man on board reveals himself as Jor-El, Clark’s biological father. Though deceased, Jor-El is a hologram containing the preserved consciousness of the real Jor-El. Clark is told his real name is Kal-El.

You will give the people of Earth an ideal to strive towards. They will race behind you. They will stumble. They will fall. But in time, they will join you in the sun. In time, you will help them accomplish wonders.

Sequence III: CLARK TELLS LOIS ABOUT JONATHAN KENT’S DEATH AND GENERAL ZOD ARRIVES, THREATENING THE EARTH TO GIVE UP KAL-EL.

54 – Clark finds Lois at Jonathan Kent’s grave. He tells her that he doesn’t wish to have his story told, but ends up sharing the story of Jonathan Kent’s death with her.

My father believed if the world found out who I really was, they’d reject me.

65 – MIDPOINT: Zod takes over all sources of communication around the world with a message…

My name is General Zod. I have journeyed across an ocean of stars to reach you. For some time, your world has sheltered one of my citizens. He will look like you, but he is not one of you. I request that you return this individual to my custody. To those of you who know of his location, the fate of your planet rests in your hands. To Kal-El, I say this: Surrender within twenty-four hours, or watch this world suffer the consequences.

Sequence I: CLARK STRUGGLES TO MAKE HIS DECISION TO ACT. FLASHBACK TO JONATHAN KENT CHARGING CLARK TO DECIDE WHAT KIND OF MAN HE WANTS TO BE.

68 – FLASHBACK: Outside of Sullivan Truck & Tractor Repair, thirteen-year-old Clark is pushed around by a bully, but doesn’t fight back. Jonathan’s presence scares them away. Clark begins to question whether or not to fight back.

You just have to decide what kind of man you want to grow up to be, Clark. Whoever that man is, he’s going to change the world.

Sequence II: CLARK AND LOIS BOARD ZOD’S SHIP AND CLARK COLLAPSES FROM THE KRYPTONIAN ATMOSPHERE. ZOD ENTERS HIS DREAM, TELLS HIM HOW HE GOT TO EARTH, AND VOWS TO ANNIHILATE THE HUMAN RACE.

75 –ASSUMPTION OF POWER: Outside the base, ZOD’S SOLDIERS arrive for Clark, led by Zod’s second in command, FAORA-UL. Faora greets Clark and then informs Swanwick that Zod has requested Lois on the journey. Swanwick pushes back, but Lois defuses the situation and agrees to go.

81 – DECLARATION OF WAR: Zod reveals his intent to transform Earth into a new Krypton, annihilating the human population in the process, and use the codex to repopulate the planet with genetically engineered Kryptonians. Superman resists.

Sequence III: JOR-EL TEACHES LOIS AND CLARK HOW TO DEFEAT ZOD WHILE ZOD GOES TO THE KENT FARM TO FIND THE CODEX.

Sequence IV: CLARK BATTLES ZOD, FAORA AND NAM-EK AND WINS THE TRUST OF THE MILITARY.

Sequence V: CLARK AND THE MILITARY FORMULATE A PLAN TO STOP ZOD.

106 – END OF ACT TWO DECISION: With Superman and Lois, the military devises a plan to re-purpose Clark’s original space craft into a Phantom Zone Projector and bomb the world machine in Metropolis. First, Superman must take out the world machine along the Indian Ocean, but due to the atmospheric changes, he will be weaker.

Sequence I: BATTLE ON MULTIPLE FRONTS AND BOTH WORLD MACHINES ARE DESTROYED. SUPERMAN CHOOSES HUMANS OVER KRYPTONIANS.

117 –TRUE POINT OF NO RETURN: In the scout ship, Zod closes in on Hardy’s plane. Moments before he can fire on it, Superman crashes into the ship, knocking it off course. Inside, he uses his heat vision to destroy the ship, thwarting Zod’s plans.

127 – They crash land back into a Metropolis’ version of Grand Central Station. Superman puts Zod in a chokehold. With no way out, Zod uses his heat vision to threaten a group of citizens.

If you love these people so much, you can mourn for them!

Sequence I: CLARK SAYS GOODBYE TO HIS MOTHER AND BEGINS HIS NEW LIFE.