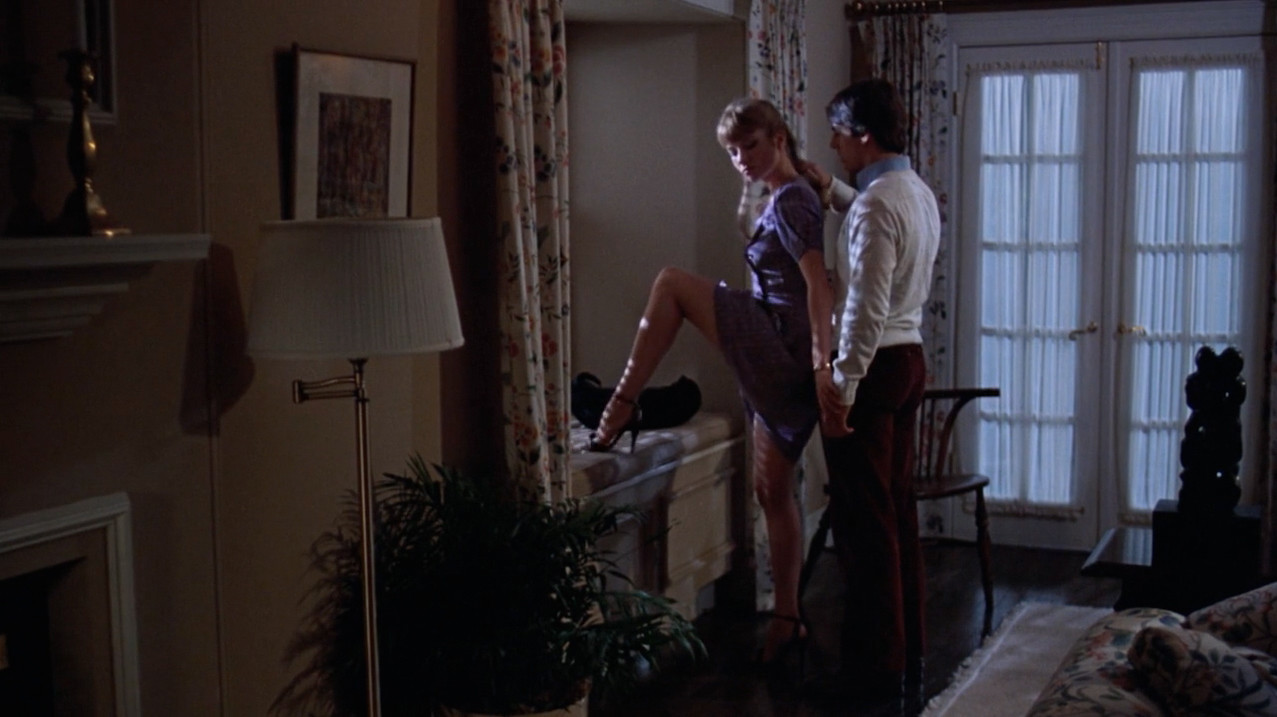 It would be wrong to label Risky Business as just another teen sex comedy. It’s much more than the best that genre has to offer. It’s the yin to The Graduate’s yang. It’s an ideal precursor to Oliver Stone’s Wall Street. At it’s core, it’s a slick satire about guilt, greed and lust. With hindsight in their favor, some call it social commentary on the Reagan Revolution. Above all else, it will go down in history as the film that launched Tom Cruise, and that’s a shame…it has a lot more to offer.

Click here if you’re looking for the Risky Business screenplay. 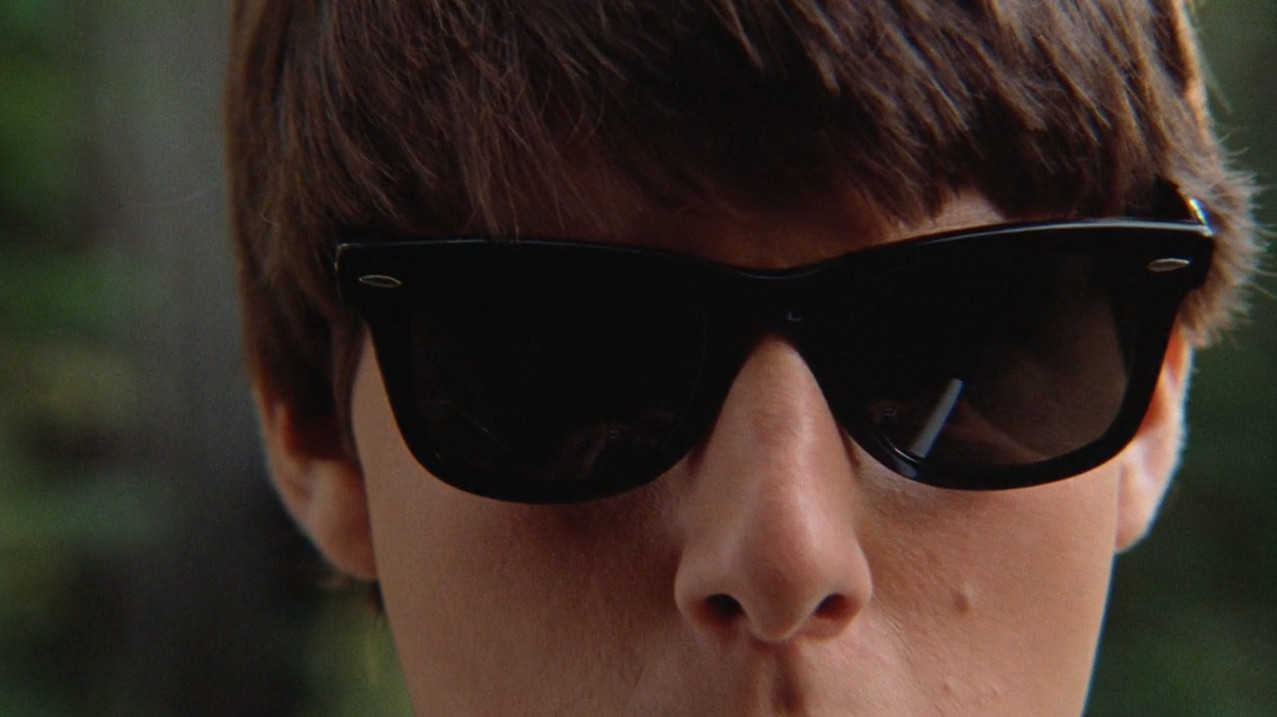 A smart, sometimes surreal film about teenagers, and no one was interested. It wasn’t Animal House. It wasn’t Porky’s. It wasn’t Fast Times at Ridgemont High. It didn’t have a star behind it. Paul Brickman was a first-time director. They cast a relative unknown in Tom Cruise, and their leading lady, Rebecca De Mornay, had never acted in a film before. Risky Business had a lot going against it, but sometimes… sometimes you just gotta say “what the fuck.” 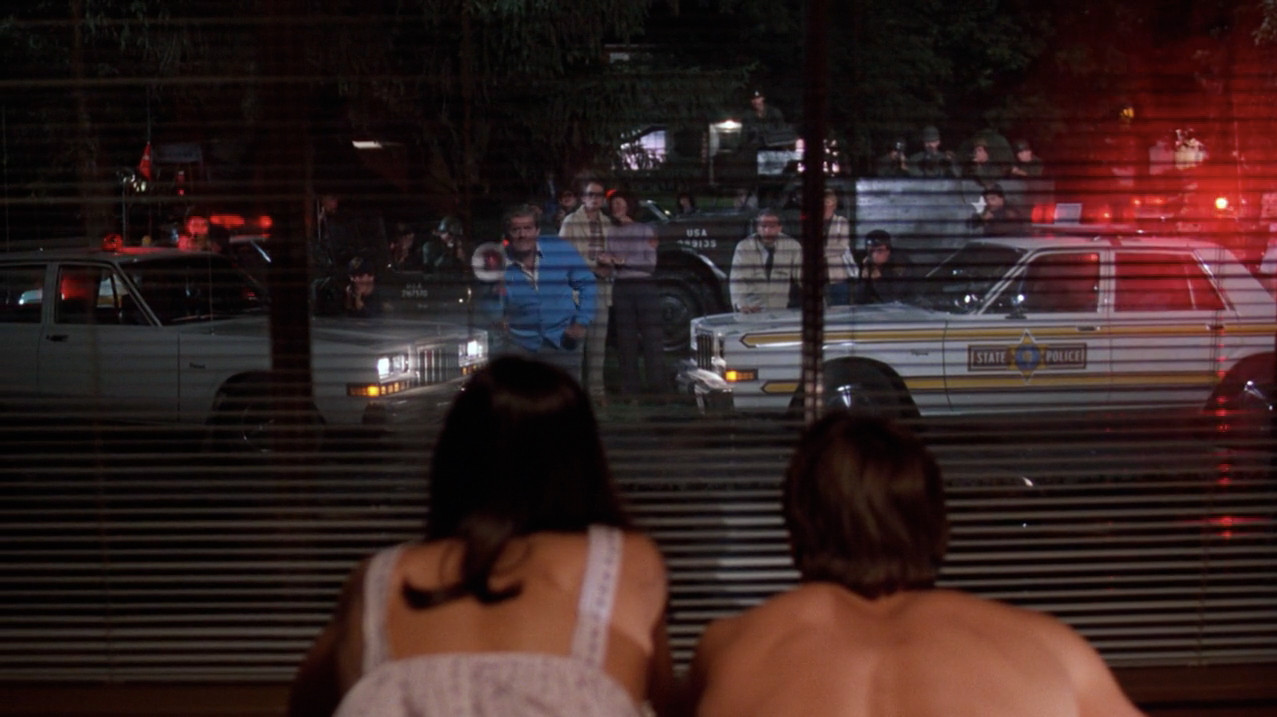 In the opening dream sequence, Joel finds a beautiful woman in his neighbor’s shower. When she invites him to wash her back, Joel loses her in the steam. Through a rather unfortunate segue, he’s transported to a college board exam where his tardiness is sure to crush his Ivy League aspirations. But don’t blame Joel — that’s just the way he raised. As far as he’s concerned, his future will be ruined if he doesn’t repress his desires. Before the first act turn, Brickman gives us another dream/sex fantasy sequence that ends with angry parents and police. Joel’s sexual repression has dominated his fantasies to the point the only release is Lana.

It was great the way her mind worked. No guilt, no doubts, no fear. None of my specialties. Just this shameless pursuit of immediate material gratification. What a capitalist.

No work or love will flourish out of guilt, fear, or hollowness of heart, just as no valid plans for the future can be made by those who have no capacity for living now.

Lana is the perfect mentor to deliver that message. We really don’t know much about her. In a rare moment of intimacy, she tells Joel she left home because her step father was hitting on her. It’s so matter of fact, you wonder how rough its been for her to have become so desensitized. Perhaps it was with her choice to become a prostitute, numbing her mind and body to love, that she found pleasure in material comforts. You see it when Joel leaves. She prowls the house, scrutinizing anything of value,  leaving with a Steuben glass egg. Guilt is not an emotion associated with her decisions. Those choices, no matter how unethical you and I may think them to be, are what keeps her happy.

Joel, like any student to his master, is the exact opposite. Unlike his friends, money isn’t everything. In fact, it’s not much until he needs it to save his ass. That’s not to say his father’s affluence, along with his mother’s pursuit of perfection doesn’t weigh on him. Their expectations are daunting and he’s a young man, much more preoccupied with carnal desires than academics. Meeting Lana focuses Joel’s external and internal lines of action. With her influence, he learns how to become a man. His acceptance to Princeton is the all the subtext you’ll need for the values that will shape his adult life. 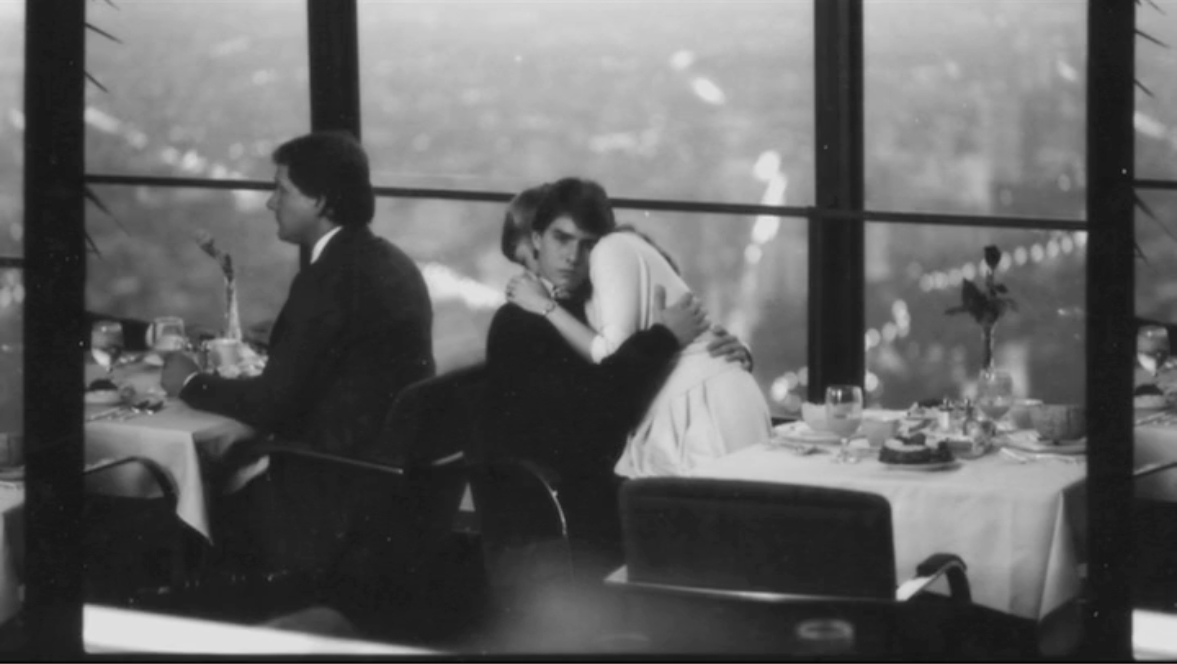 The hardest thing for me is that the public would never see the film that I really wanted them to see.

You can thank David Geffen for the ending you see today. After test screenings, it was decided the film needed a more upbeat ending. Unlike the final cut, the original leaves a bittersweet taste in your mouth.

Why does it always have to be so tough?

She looks a little lost, a little sad.

She moves one chair closer to Joel.

Joel holds out his hand. She moves to his lap. She places her head on his shoulder and rests. He gently strokes her hair.

My name is Joel Goodsen. I deal in human fulfillment. I grossed over eight thousand dollars in one night. Isn’t life grand?

Through the subtext, it’s far more transparent that Lana’s guilt weighs on her. She used Joel to escape her debt to Guido. She’s exhibited control throughout the entire film, remaining strong even when most exposed. On the other hand, all Joel displayed was vulnerability. Joel gently stroking Lana’s hair gives us his full arc. He has come of age…or at least he did on the cutting room floor. 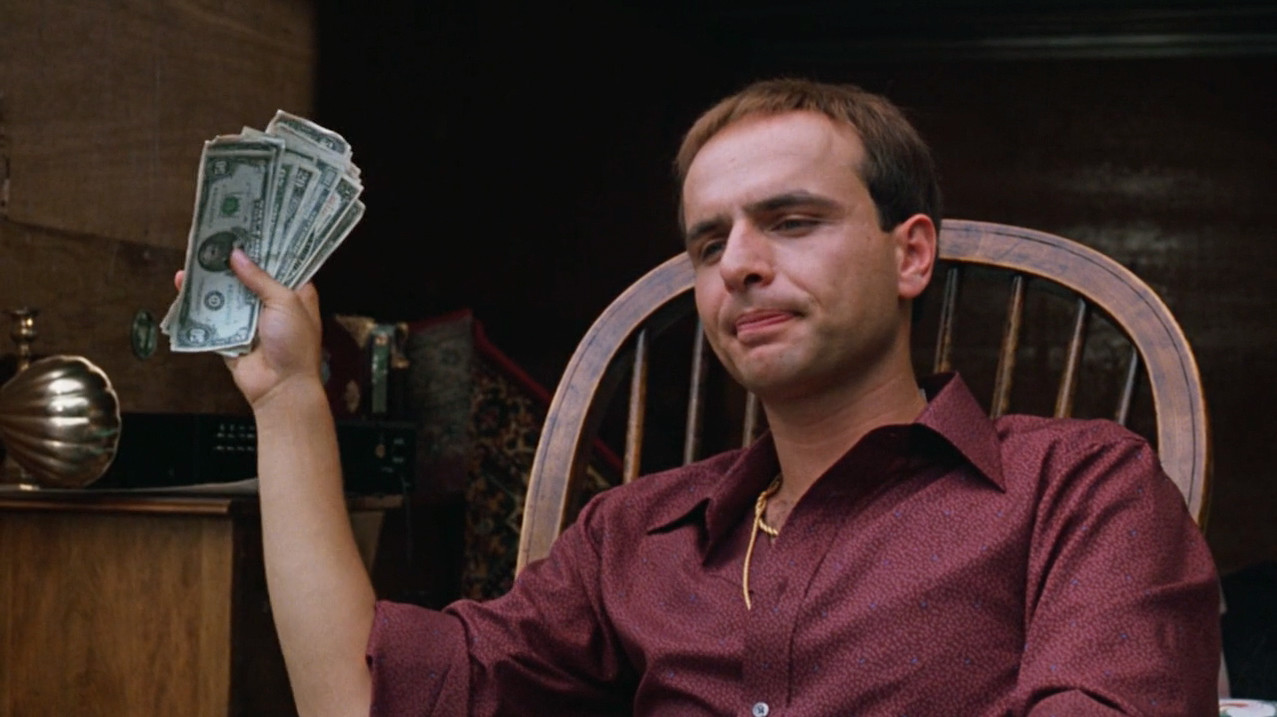 The screenplay structure of Risky Business isn’t complicated. It’s a fairly simple film in those terms. Beats tend to fall within the appropriate time ranges up until the third act. There, Brickman’s choices are all about economy. He says as little as possible to hurl the story toward the climax. Guido’s proposal isn’t explained, the scene begins with a few of Joel’s parent’s possessions in the truck and the majority on the lawn. Guido has a fat wad of cash in hand. We didn’t need to hear about it. Wasn’t necessary in the slightest. Get in as late as possible and get out as early. Brickman teaches us an important display in execution of craft. The third act is barely ten minutes long, yet satisfies all goals while brilliantly communicating the theme.

File this one under closing image masterclass. I don’t know how many times I’ve seen the Breakfast … END_OF_DOCUMENT_TOKEN_TO_BE_REPLACED

httpvh://www.youtube.com/watch?v=CofZ7xjGyI8 If there’s one thing to learn from this video, and … END_OF_DOCUMENT_TOKEN_TO_BE_REPLACED

Director Curtis Hanson and his co-writer, Brian Helgeland, have taken a massively complex novel by … END_OF_DOCUMENT_TOKEN_TO_BE_REPLACED

At the very beginning of the movie, we see Scottie vaulting across rooftops, struggling to keep up … END_OF_DOCUMENT_TOKEN_TO_BE_REPLACED

Frank Darabont has often compared The Shawshank Redemption to a Rorschach test. Written and executed … END_OF_DOCUMENT_TOKEN_TO_BE_REPLACED