How To Write Good Scenes 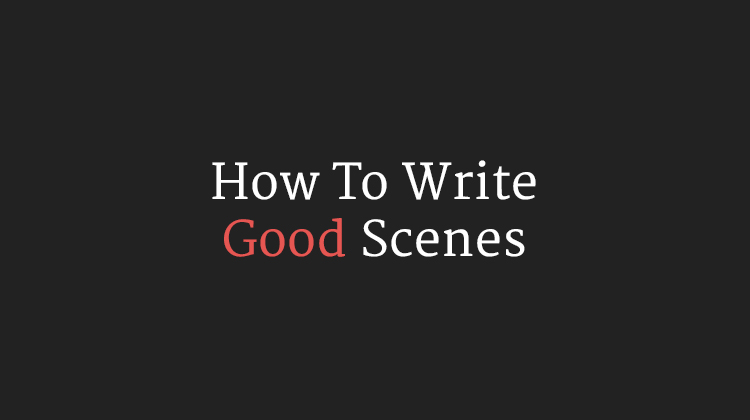 So how does one write scenes?

I was stuck on this for a while – I spent a lot of time working on abortive drafts of “How to write a scene” type articles that went nowhere.

It took me a long time to come up with the simplest possible explanation:

Scenes are literally made of three things: one slugline, some scene description, some dialogue. If you want to get pedantic, there are many scenes that exist without at least one of these elements, but I trust you’ll take my meaning here.

Dialogue is character work. That’s super important, but that’s for another article. Don’t get me wrong, if you can’t write characters, you can’t write a screenplay, but for the purpose of clarity, I’m focusing on scene description.

The key to scene description is to write every line like it’s describing a shot on a storyboard. If you write something like “The battle destroys Tokyo, the humans pilot mechs built out of old toasters, the aliens morph into crazy battle forms,” you’re describing something that would need multiple shots to tell and acting like it can be told in one shot. It can’t. Screenwriting is about the specifics – we write to create mental pictures that trick the imagination into thinking its seen a movie when it’s really just read words on the page.

Like all things, writing to create images is simple to say, difficult to explain in all the nuances. My next post will go deeper into this, but I like to define the problem before delving into solutions. If you have any questions or objections to this, please comment below. Otherwise, I’ll see you next time.