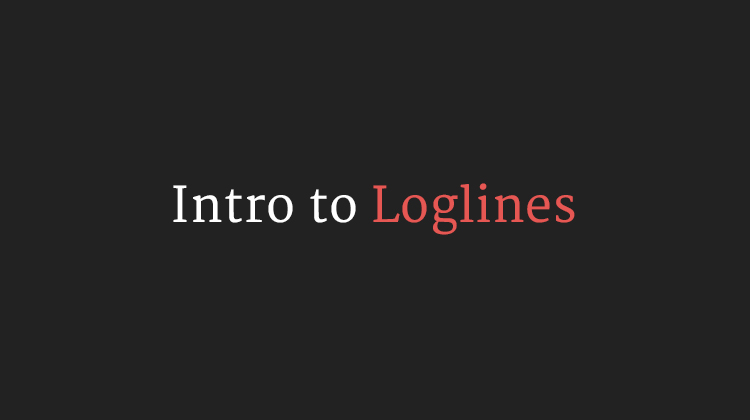 Question: Should I write a Story Map before I begin writing a draft?

Most beginners have trouble articulating their movie in a a few sentences. This is a learnable skill.

There are many ways to break down a script into a logline or a premise, or a test. There are a lot of terms for it, and a lot of approaches. Some call it the “MDQ.” Blake Snyder had his logline formula. Some call it the central external conflict. I call it the premise, and this is my premise test, good as any, better than most:

An <ADJECTIVE> <PROTAGONIST TYPE> must <GOAL> or else <STAKES>. They do this by <DOING> and learns <THEME>.

It seems simple, but it’s actually a powerful and merciless tool that exposes flawed or incomplete thinking.  It’s simplicity covers a lot of complexity and theory, so it’s much harder than it looks.

One caveat – you don’t want your final logline to follow this form, but you want to use this tool to focus on what’s truly interesting about your story and you want your eventual logline to reflect that understanding.

A cowardly knight must save a spoiled prince from a dragon, or else the realm will fall into war. He must cross the bleak desert, tame a flock of eagles, and fight through a fraternity of ogres. He overcomes his cowardice and learns that the measure of a man is in his deeds, not his words.

A driven cop is trapped on a speeding bus that will explode if it slows below 50 MPH. He must find a way to disarm the bomb, save the passengers, and stop the madman and learns little, but is rewarded for his grit and for sticking to his guns. Good conquers evil.

A young boy with a poetic soul must navigate through his complicated boyhood, or else lose his individuality. We follow him through formative events that occur over 12 years of his life, and in the the process, he learns how to trust himself and be self sufficient.

Here are some bad premise tests. They’re based on real ones, but I’ve changed the details to protect the innocent:

A FLASHY MOBSTER must CONNECT WITH HIS DAUGHTER or else GO TO JAIL. He does this by REMINDING HER OF THE GOOD TIMES and learns TO STOP AND SMELL THE ROSES.

This is like the epitome of a bad premise test. There might be a great movie under here, but this doesn’t sell it.

Better premise: A flashy mobster needs his daughter as an alibi, or he’ll go to jail. She’s mad at him for living his lifestyle, so he decides to give it one last shot while driving her from Boston to Maine to check out a college. Along the way they bond, but she flips out when he’s forced to kill a guy. They have to work together to ditch the body, she serves as an alibi, but he loses her forever.

This is better because it implies what the genre and second act is. Indie drama/crime movie. The second act is spent on a road trip where things go bad. I might not like that movie, but I get it.

A HOMOPHOBIC MOTHER must MOVE HER DEAD SON’S EFFECTS OUT FROM HIS APARTMENT or else LOSE THE LAST PART OF HIM SHE CAN ACCESS. She does this by MEETING HIS LIVE-IN LOVER and learns TOLERANCE.

A WEARY JOURNALIST must INFILTRATE A CULT or else NEVER FIND OUT WHAT HAPPENED TO HIS ESTRANGED BROTHER. He does this by RISING TO THE TOP OF THE A CULT, and learns that BLOOD IS THICKER THAN WATER.

A weary journalist infiltrates a cult to seek out his estranged brother. He must find his brother and escape to safety, or else he’ll be murdered by the cultists. He does this by befriending the head cultist, earning his trust, and planning a murder while secretly working to warn the victims. He succeeds, but ends up having to kill his brother who turns out to be the most monstrous member of that cult.

These are some of the most common premise problems you’re likely to run into, but they’re by no means the only ones.

The premise should give a reader a sense of the genre and the concept of the movie, and most importantly how that idea gets explored in the second act. If you’re having trouble with that, I’d suggest you build up your understanding of those three concepts.

If you’d like a free premise test review, post it in the comments and I may blog about it. If you’d like help, but want to keep yours private, check out my services page.

File this one under closing image masterclass. I don’t know how many times I’ve seen the Breakfast … END_OF_DOCUMENT_TOKEN_TO_BE_REPLACED

httpvh://www.youtube.com/watch?v=CofZ7xjGyI8 If there’s one thing to learn from this video, and … END_OF_DOCUMENT_TOKEN_TO_BE_REPLACED

Director Curtis Hanson and his co-writer, Brian Helgeland, have taken a massively complex novel by … END_OF_DOCUMENT_TOKEN_TO_BE_REPLACED

At the very beginning of the movie, we see Scottie vaulting across rooftops, struggling to keep up … END_OF_DOCUMENT_TOKEN_TO_BE_REPLACED

Frank Darabont has often compared The Shawshank Redemption to a Rorschach test. Written and executed … END_OF_DOCUMENT_TOKEN_TO_BE_REPLACED