Let’s admit it. Superhero stories are our modern versions of the Greek myths. We have larger than life characters coupled with amazing feats of heroism and strength. However, they’re more than that. Present day superhero films need a strong character journey. In order for a story to be successful, the audience needs to relate to the protagonists. With goals and conflicts, fictional characters can be brought to life as real as any object in our reality.

These guidelines cannot be more evident than in the Marvel Cinematic Universe’s The Incredible Hulk (2008). In Hollywood, the story is king, and the story is driven by the main character. That’s why William Robert Rich of Screenplay How To has used Dan Calvisi’s Story Map method to trace the character arc of Bruce Banner, giving students of screenplay a clear path of how a compelling protagonist can be developed in a four-act structure (Act I, Act II-A, Act II-B, and Act III). Breaking down Banner’s journey, we see how he fulfills both his external and internal goals.

The character of Bruce Banner has the external goal of curing himself of the Hulk, but he also has the internal goal of controlling his anger. To hamper these efforts, Banner has Thunderbolt Ross and Emil Blonsky after him. And Banner’s own proclivity towards anger is also a major setback for his need for control.

In Act I, Banner is thrusted into his journey when Ross’s forces try to apprehend him in Brazil. Banner then makes the conscious decision to travel back to the United States to seek out a mysterious person named Blue who Banner has been in contact with and thinks can help him. 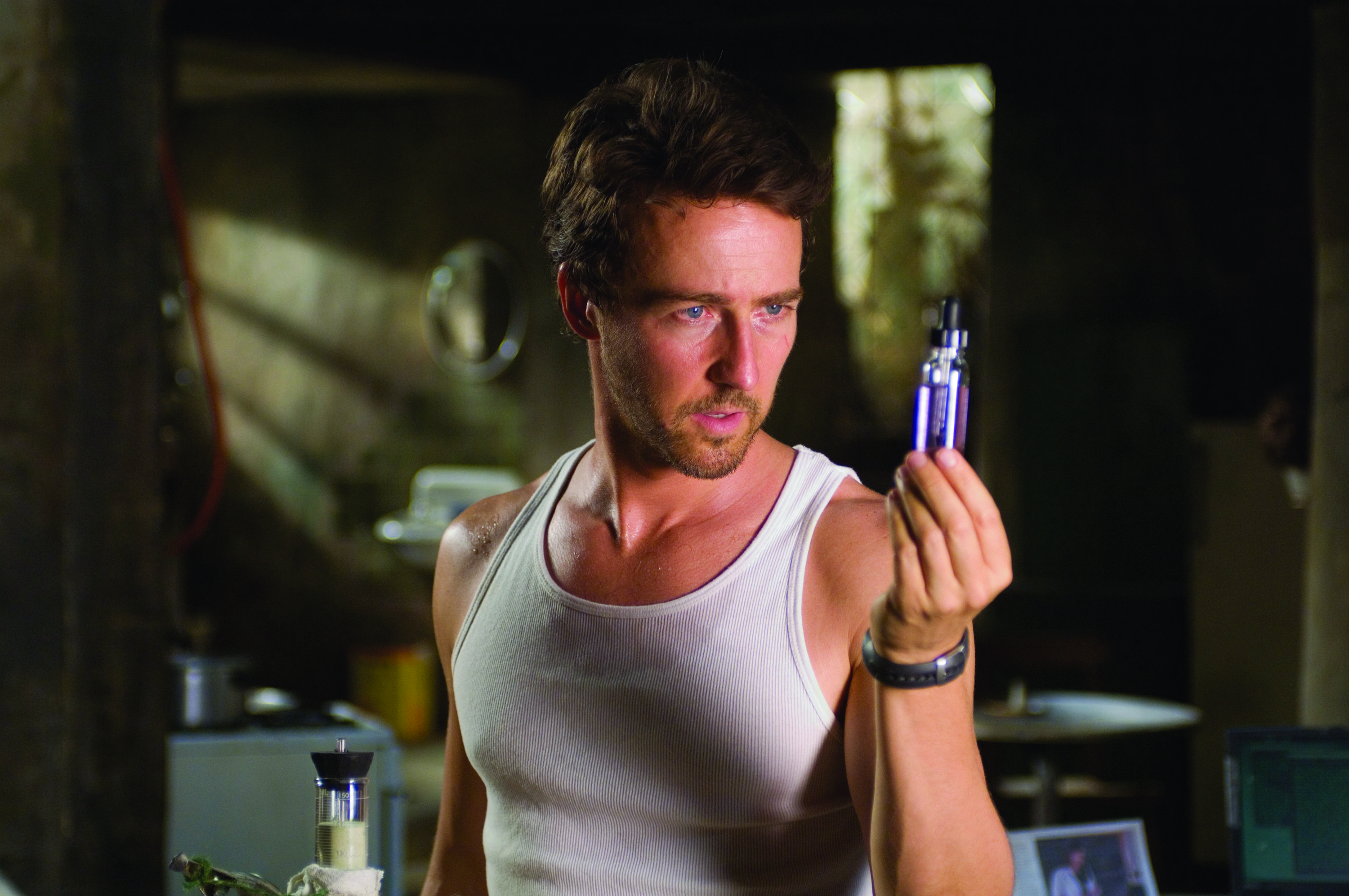 In Act II-A, Ross has cornered Banner at the university — causing Banner to turn into the Hulk. After defeating Ross’s forces and almost killing Blonsky, the Hulk takes Betty and escapes, changing the dynamic of being a lone man on the run to having two people on the run.

In Act II-B, Banner finally meets Blue who turns out to be Dr. Samuel Sterns. Banner finally receives a treatment which helps him suppress the Hulk. However, Sterns, unbeknownst to Banner, has already replicated Banner’s blood. When Ross and Blonsky infiltrate the facility, they apprehend Banner.

In Act III, Blonsky uses Banner’s blood on himself, turning Blonsky into the Abomination. Because the Hulk is the only thing that can stop an out of control Abomination, Ross frees Banner. As Banner turns into the Hulk, he battles Blonsky and is stopped short of killing him when Betty implores him to stop.

In the Epilogue, Banner is seen meditating in the Canadian wilderness. As his pulse suddenly rises, Banner opens his eyes and smiles — turning into the Hulk. Banner now has conscious control over his anger.

Rich’s Story Map shows major lines of demarcation for our hero’s journey which bring to light each phase of Banner’s character transformation: Act I gives Banner his mission; Act II-A introduces a major turning point; Act II-B shows a major low point for our hero, and our villain rises to the top; Act III sets up and resolves the final battle which somewhat satisfies Banner’s arc for his external goal (the Hulk may have been temporarily suppressed, but Banner finds out he still needs the green giant); and the Epilogue fulfills Banner’s internal goal of finally controlling his anger. These milestones are what drive the story.

Rich’s Story Map for The Incredible Hulk (2008) deftly exposes the adage of “the hero drives the story.” You never want the plot to motivate your character. Protagonists need to be proactive in their journey. Let them make their own decisions, and let them deal with the consequences of those decisions — whether it be good or bad.

As the character makes his journey to fulfill his external goals, we see how he also overcomes his flaws to satisfy his internal goals — making his overall character change all that much more believable. So before you sit down and write that summer blockbuster film, think about your protagonist’s motivation and Story Map it. A house can’t be built without blueprints.

File this one under closing image masterclass. I don’t know how many times I’ve seen the Breakfast … END_OF_DOCUMENT_TOKEN_TO_BE_REPLACED

httpvh://www.youtube.com/watch?v=CofZ7xjGyI8 If there’s one thing to learn from this video, and … END_OF_DOCUMENT_TOKEN_TO_BE_REPLACED

Director Curtis Hanson and his co-writer, Brian Helgeland, have taken a massively complex novel by … END_OF_DOCUMENT_TOKEN_TO_BE_REPLACED

At the very beginning of the movie, we see Scottie vaulting across rooftops, struggling to keep up … END_OF_DOCUMENT_TOKEN_TO_BE_REPLACED

Frank Darabont has often compared The Shawshank Redemption to a Rorschach test. Written and executed … END_OF_DOCUMENT_TOKEN_TO_BE_REPLACED