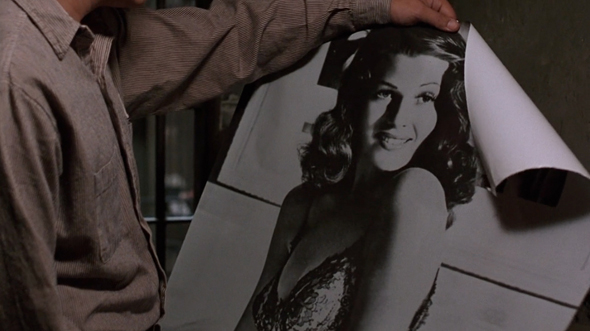 Listen to our Shawshank Podcast

I came to Shawshank when I was just twenty, and I am one of the few people in our happy little family who is willing to own up to what he did. I committed murder. I put a large insurance policy on my wife, who was three years older than I was, and then I fixed the brakes of the Chevrolet coupe her father had given us as a wedding present. It worked out exactly as I had planned, except I hadn’t planned on her stopping to pick up the neighbour woman and the neighbour woman’s infant son on the way down Castle Hill and into town. The brakes let go and the car crashed through the bushes at the edge of the town common, gathering speed. Bystanders said it must have been doing fifty or better when it hit the base of the Civil War statue and burst into flames. 1

Audiences would have had a hard time liking a character who committed such a crime. I’m not saying it’s impossible, but more a risk they weren’t willing to take. Sometimes less is more. Red admits his guilt, he’s spent the majority of his life behind bars and there’s not a day that goes by he doesn’t feel regret. If you ask me, that’s all the audience needs. 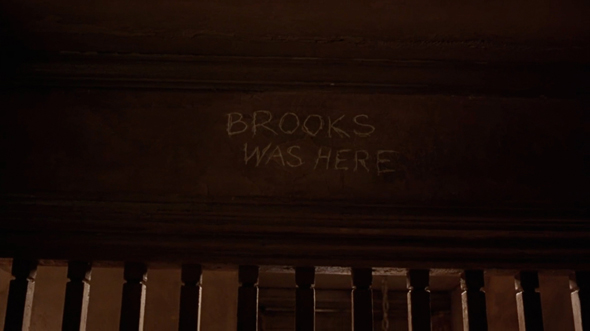 Finally, the scene where Andy broadcasts Mozart over the prison’s P.A. was Darabont’s creation. It’s the midpoint of the film, where Andy faces off against the Warden, not accepting his rules anymore. The transition not only represents Andy’s defiance toward the establishment, but also a bold step at breaking out, not physically, but in his mind. Just like Andy’s accomplishments with Shawshank’s library, the music is also a gift to his fellow inmates. He discovers something deep in his being that the Warden and Hadley can’t touch: hope.

It’s not uncommon for films to differ from their source material. I highly recommend checking out King’s novella and Shawshank‘s shooting script. They’re both worth studying. For detailed analysis on The Shawshank Redemption, check out my Shawshank Redemption Screenplay Analysis.

File this one under closing image masterclass. I don’t know how many times I’ve seen the Breakfast … END_OF_DOCUMENT_TOKEN_TO_BE_REPLACED

httpvh://www.youtube.com/watch?v=CofZ7xjGyI8 If there’s one thing to learn from this video, and … END_OF_DOCUMENT_TOKEN_TO_BE_REPLACED

Director Curtis Hanson and his co-writer, Brian Helgeland, have taken a massively complex novel by … END_OF_DOCUMENT_TOKEN_TO_BE_REPLACED

At the very beginning of the movie, we see Scottie vaulting across rooftops, struggling to keep up … END_OF_DOCUMENT_TOKEN_TO_BE_REPLACED

Frank Darabont has often compared The Shawshank Redemption to a Rorschach test. Written and executed … END_OF_DOCUMENT_TOKEN_TO_BE_REPLACED